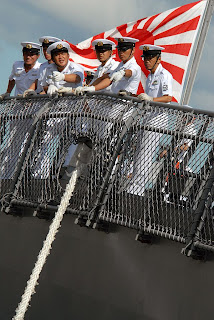 The Democrats in the House of Representatives under Speaker Nancy Pelosi are endorsing a non-binding resolution to recognize the Armenian Genocide in 1915 by the Ottoman Turks in this session of Congress. What are we to make of this untimely resolution for the United States in general and for the American Military in Iraq in particular? Its quite well known the knee-jerk reaction of Moslems whenever they feel affronted by this or that issue in the West and Turkey is no exception to this Islamic "phenomena" for a lack of a better word. The Turkish Government has expressed dismay and anger over this vote and has promised that there will be "irrevocable" repercussions from this non-binding resolution. As leftists are so fond of saying "this is a complex situation" and so let us examine the myriad scenarios that may confront not only the United States of America but the world should Turkey make good on their threat over this vote in Congress.

Turkey has always been anti-Christian being the home of the Islamic Caliphate and by extension has always been anti-West as this was the home of Christendom. However, Turkey wasn't always "Islamic" but became so after Christian Byzantine military forces were defeated time and time again on the Anatolian plains of Asia Minor. The Crusades were initiated by these very Byzantine losses to Turkic Islamic forces as way to establish buffer states in Eastern Anatolia by Western Knights of Catholic Europe beginning in 1099 AD under the good graces of the Emperor of Byzantium. This is only staved off defeat for about 200 years when finally Islam secured Anatolia under their control at the expense of Byzantium. Islamic Turkey would reach their nadir when the capitol of Eastern Orthodox Christianity would fall to Moslem forces in the middle of the 15th Century in Constantinople. This assault and victory over Islam's ancient enemy has had the effect of a huge psychological impact in that they felt the world was now theirs to capture for the "love of Allah". Ironically, after the 15th Century, Islam would be finding itself retreating in Spain and ultimately blunted before the walls of Vienna in Austria. Under the Ottoman Turks, the Islamic Caliphate slowly decayed under their rule for the next 350 years and by World War I would see itself defeated before the Russians and British in spite of German arms and military know-how. It was here that the Christian Armenians would find themselves brutally murdered en masse as retribution for Turkish losses to the Allies in World War I. So, when a Speaker of the House in the most powerful nation on Earth in 2007 decides to allow a vote on the veracity of this massacre, even the mere parliamentary procedures on such a vote, is an affront to the glory and vainglory of Turkey's past. Democrat Speaker Pelosi is playing with history itself in some vain attempt at political jockeying at home and thus she will be unable to control its outcome to the detriment of American foreign policy. Turkey has been a NATO ally since WWII but between the Socialists in France and the Democrats in America, the Turks may be forced by historical considerations to back out of this very western alliance to save political face.

After World War I, Kemal Ataturk abolished the Islamic Caliphate and established a "secular" state with its capital in Ankara. A new order was established after the defeat of the Ottoman Turks to the Russians and British and the worship of one single man, Kemal Ataturk, would replace the worship of Allah as far as the State was concerned. Turkey would now take its present name and its borders would be reduced substantially leaving only a small presence in Europe and Anatolia with its continued occupation of Constantinople and its environs on the European side of the Dardanelles. Even here, we see Ataturk could not ignore history by giving up the capitol of Eastern Orthodox Christianity and Turkey continues to impose itself on this ancient Christian city albeit in a secular fashion. The Ataturk deification is the definition of patriotism by the secular Turks today and they will brook no opposition like any good dictatorship. Hence, the brutal nature of this regime to Moslems, or any religion for that matter, throughout its history since the end of World War I. This brutality is also extended to political factions as well that seek something other than Ataturk Nationalism to rule over the Turkish people. The secular state of Turkey did embrace NATO only because their ancient enemy of Russia threatened them after World War II. Eventually, the secular Turks saw in themselves their own brand of government in the European Economic Community as Western Europe gravitated towards a more secular society as well after World War II and ultimately started accession talks with Europe to join the nascent European Union. For secular Turks, they see Europeans as their brothers in secular arms much more so than the United States of America. The USA is far too much a "militant" Christian nation to Turkish secularists and thus many secularists in ruling circles reject the United States as their model for ruling over the masses. This vote in the House of Representatives by Speaker Pelosi regarding the Armenian Genocide therefore, is one more example how the United States cannot be trusted to respect Turkey's honor and prestige even though this massacre occurred before Ataturk came to power. The secularists in Turkey are seeing their days numbered if their secular friends in France and in the USA are embracing a domestic political course at the expense of Turkish sensibilities at an international level and thus the secularist may be forced to "go it alone" by breaking off military and political alliances with the West and perhaps establishing a more nationalistic foreign policy at the expense of their Atlantic alliances that anchored them to us since World War II.

What would Turkey be today were it not for Islam? The very complexion of ethnic, cultural and religious Turkey is defined by Islam and its battles to wrest control of the West's influence and presence in Anatolia and the broader Middle East since the religion of Muhammed became the religion of the Middle East. Thus, when the Caliphate was abolished and replaced with the dictatorship of Kemal Ataturk after World War I, this was the final blow to a glorious past by the followers of Muhammed. Though ruled by secularists, the population by far was Islamic in nature and yet were shut out of the corridors of power. Slowly the Moslem parties have gained control of the levers of power but have seen their power greatly curtailed by one military coup after another since World War II. Now, in the 21st Century, Moslem political parties control the legislature and executive branches of this government leaving the Turkish military the last bastion of hope for the Ataturk legacy. Ironically, it is the Moslem parties that are more conducive to accession requirements of the European Union than the secularists. Why is this so? Perhaps, the Moslem political parties know that in order to retain their power and prevent a military coup from dethroning them they will seek to rip down the Ataturk structures of government by using the EU accession process as the means to this end. Surely, there is nothing in Europe that Moslems see as positive especially a secular union of old Christian states that they must sacrifice their own religious requirements i.e. Sharia Law in order to join. Hence, the Pelosi vote in the House of Representatives in the United State will embolden the Moslem parties themselves to denounce their fragile relationship in NATO and ultimately with the USA. If the structure of the Ataturk regime can be dismantled by the EU accession talks then the vote in the USA is but fuel on the fire of Turkey's secular deconstruction at the hands of Moslems.

Free-will is very difficult to divine but certainly there are certain warning signs that we can grasp. Turkey is very much at a cross-roads in history and any little budge can set this political and religious boulder rolling in directions we may all regret after all is said and done. 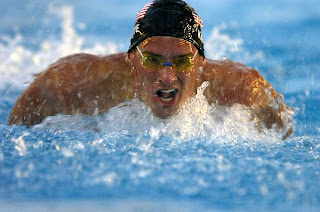 President Bush is an enigma only to those who don't understand where his going. He is a man who does see the big picture and for him like many other elites in this country and other nations, the path to the future lay with Babylon the Great. There is simply no mistaking the characteristic odor of a Babylonian, a wretched smell that betrays the otherwise familiar aspect of a fellow countryman. He should love his nation but he does not even though he has benefited so much from his nation. He should worship or at least respect one God from one religion but he finds equivocation between them. He should embrace his culture of birth but instead pours scorn upon those whom he has lived with for so long. To a Babylonian, the considerations of the world takes precedence over the nation's interest.

Here are a few examples that have lately shed light on his true intentions.

On the Armenian Genocide...

He has about one year left in his Presidency and only time will tell how much his Babylonian stripes will reveal his true nature. 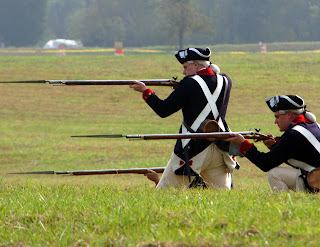 Old Guard Soldiers from the Commander-in-Chief's Guard demonstrate the role of skirmishers at a celebration commemorating the 225th anniversary of the American victory at Yorktown, Va., during the Revolutionary War. www.army.mil 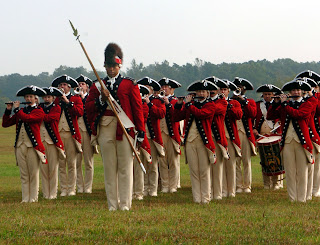 The Old Guard Fife and Drum Corps performs at a celebration commemorating the 225th anniversary of the American victory at Yorktown, Va., during the Revolutionary War. www.army.mil