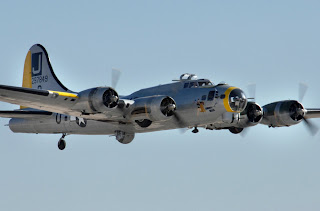 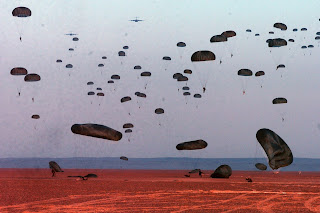 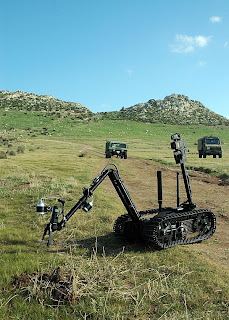 During a route clearance exercise, technicians from Explosive Ordnance Disposal Mobile Unit (EODMU) 8 operate the MK II Talon robot to investigate an improvised explosive device (IED) from their high-mobility multipurpose wheeled vehicle. By using the robot, technicians can effectively dispose of the IED while maintaining a safe distance in the event of a detonation. EODMU-8 is based at Naval Air Station Sigonella in Drasi, Italy. www.navy.mil

Father, we thank you for this day and all the blessings both material and spiritual that you have conferred on us and on this great land.

We thank you for the liberties you have bestowed upon us and the opportunities given to us that we may grow in the grace and knowledge of our saviour, Christ the Lord.

We also want to remember the men and women serving in harms way in both Afghanistan and Iraq that you may continue to give us the upper hand over our enemies and allow us to seek out the conspiracies made against us in foreign lands and give us the courage to overcome them.

We also pray Father, that the gospel of Christ may continue to be preached throughout the Middle East wherever our troops may be ensconced so that the people may repent of their sins and you would heal their land.

Finally, Father, we pray for the President of the United States that you may continue to guide him in leading this most powerful nation on this earth by your Divine Providence and give him the courage to make the proper decisions as Commander and Chief.

We pray Father that the Holy Spirit may challenge us in these matters and strengthen our resolve in these last days.

In the name of your Son, Jesus Christ, we pray - Amen.

The amphibious assault ship USS Essex (LHD 2) sits at anchor off the coast of Korea, conducting air and amphibious operations. Essex is the lead ship of the only forward-deployed U.S. Expeditionary Strike Group and serves as the flagship for CTF 76, the Navy's only forward-deployed amphibious force commander. Task Force 76 is headquartered at White Beach Naval Facility, Okinawa, Japan, with a detachment in Sasebo, Japan. www.navy.mil 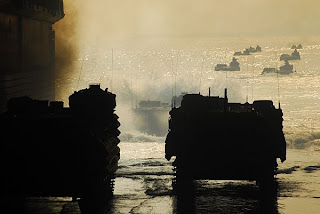 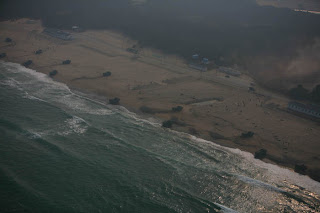 The amphibious landing was conducted to provide the Republic of Korea military the sustained capability to respond to future contingencies from ship to shore. KITP is an annual bilateral exercise to maintain readiness and sustain the long-term security assistance relationship between the Republic of Korea and U.S. military. www.usmc.mil 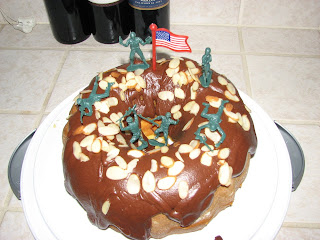 Yellow bundt cake with chocolate frosting and almond slivers. Note how vigorously the Marines are defending their position. I'll tell ya, it wasn't a cake walk! 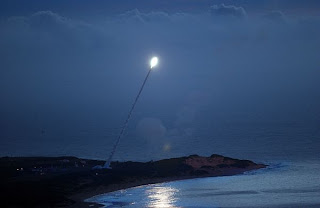 A threat representative target is launched from the Pacific Missile Range Facility (PMRF) to be intercepted as part of a Missile Defense Agency test of the sea-based capability under development. This was part of a multiple simultaneous engagement involving two ballistic missile targets that were intercepted about 250 miles from Kauai and approximately 100 miles above the Pacific Ocean. The Standard Missile-3 was one of two interceptors launched from Pearl Harbor-based guided-missile cruiser USS Lake Erie (CG 70) that collided with two ballistic missile targets launched from the Pacific Missile Range Test Facility in Kauai, Hawaii, within minutes of one another. www.navy.mil

This weekends "re-coupment" of power by Pakistan strongman General Pervez Musharraf is but the latest chapter in the ongoing struggle for control of "West" Pakistan. There are a myriad of forces at work between Islamic parties and terrorist groups, leftwing politicians and the current establishment held by the Generalissimo that could spell trouble in the future for the War On Terror in general and the Middle East in particular. Afghanistan definitely factors into this equation as they have always been the battleground between Pakistan's secret service (ISI) and Army and Pakistan's enemies be they Russian troops or Russian proxies. Now with the United States and NATO fully invested in Afghanistan the potential for a complete collapse of American/European interests in this theatre of operations becomes more ominous as Islamabad teeters on the brink of self destruction by Islam's greatest terrorist organization of Al Qaida and her enabler, the remnant forces of the Taliban. What should the West do?


Whatever we do let us NOT cutoff aid and funding as "punishment" against the establishment regime. I know that the regime itself may offend our democratic sensibilities, however, considering the stakes involved here it would be in our best interests long term that we continue to support the Musharraf regime. If you recall, history has not always given the United States the most savory characters to be our allies. However, beggers can't be choosey. I hate to get partisan at this point but history has shown that in the United States it has been Democrat Presidents and Democrat controlled Congress that have tended to betray our allies when they needed us most. Let us run the list since WWII:


Chang Kai-Sheck and China - President Truman allowed the Nationalist forces of China to fall prey to the communist forces only because we did nothing to support him in his hour of need. Yes, his was a dictator and was corrupt, but good grief, who wasn't? Had we been more loyal to him directly and aided his nascent regime then perhaps today we would be dealing with an Ally in Peking than an complacent enemy fatted and gorged over her commercial ties to America. Think of the tens of millions that could have survived had not Mao come to power. China is still a threat to American interests. South Korea would have turned out entirely different had not Communist China supported the North and if Truman had actually listened to MacArthur simply carried the war northward. This is not a cavalier statement as the United States possessed the only operational nuclear weapon at this time and had the complete backing of the United Nations. The Communists were victorious only because WE allowed them to be under the tutelage of a Democrat at the helm of the most powerful nation on earth.


Castro's Cuba - Does the Bay of Pigs ring a bell? After the operation was set in motion the Democrat John F. Kennedy naturally allowed them to be crushed by the communist forces of Fidel Castro. Had America directly intervened by way of aircraft or special forces this particular episode might have ended differently with Castro on the run or dead. Instead, because of a Democrat in the Oval Office, failure begat failure and ultimately the Cuban Missle Crisis was the climax of failed policies to support our allies in their hour of need.


Ngo Dinh Diem and Vietnam- There's that dreaded "V" word: Vietnam. However, its this way because of Democrats and their policies to cut off aid and support when its needed most by our proxies in the Third World. Actually, this is the worst case scenario in which the United States under a Democrat, JFK, allowed a democratically elected leader to be assassinated in '63 and we looked the other way. Vietnam was never the same afterward and America betrayed this nation one more time under a Democrat controlled congress when we cut off funding to our ally in 1973 when she was under constant communist assault. Saigon would fall to the communists just two years later.


Anastasio Somoza and Nicaragua - Jimmy Carter allows Nicaragua to fall to communist forces by once again denying the leader of this nation the critical support he needed to repel our enemies. Yes, Somoza was a dictator and corrupt, but once again, I ask, who isn't? Could have America changed the course of events? Well, Ronald Reagan certainly did and with not that much effort. But then again, he was a Republican. I digress, at any rate, Jimmy Carter the Democrat is to blame for this mess in Central America and today we see the Sandinista's like some ugly cancer metastasizing after a certain amount of time in remission with Ortega back at the helm in Nicaragua.


Mohammed Reza Pahlavi and Iran - Jimmy Carter once again factors into the Democrat equation of betraying our allies in their most urgent time of need. The Shah of Iran was probably the most western oriented leader in the Middle East at this time and yet came under increasing pressure from both leftist/communist forces as well as Islamic Shite forces to undermine our ally in Persia. What Reza Pahlavi didn't factor into his life was the betrayal of his most important ally in the West, the United States of America. But then again, a Democrat was in charge and the rest is history. Now we have an Iran that is on the verge of Nuclear Parity at least with Israel and we can all thank a Democrat for this debacle.

Curiously, after Jimmy Carter left the Oval Office, we had a succession of victories in the West and with our proxies over our enemies under a long line of Republican Presidents from 1980 - 1992 with the Western victory in the Cold War and the glorious victory over Saddam Hussein in Kuwait during Operation Desert Storm. Then came William Jefferson Blythe Clinton. Somalia, Osama Bin Laden, World Trade Center, Kosovo, Monica Lewinsky have become notorious words since Clinton's reign.

We would do well to consider history's lessons and not repeat them in the case of Pakistan. Yes, Musharraf is corrupt and a dictator. Yes, the ISI intelligence branch of Pakistan orchestrated the rise of the Taliban and perhaps is harboring them in their own country. Yes, they could and should do more for us, however, they created the Frankenstein of the Taliban and they in turn harbored Al Qaida until we decided to intervene like Zeus from above in their petty little affairs in Kabul and it is Pakistan that ultimately must decide Al Qaida's and Taliban's fate in their own country. We would do well to support Musharraf in this quest rather than cutting off funding and throwing the baby out with the bath water!

Once again, this is a critical time for Islamabad and I would counsel against making any foolish moves to isolate what's left of a nominal ally in this part of the world. Let Musharraf handle this problem in his own way and see what happens. If he should fall then we could rush in and support his regime if necessary with military force. We've done it before and we can do it again. The alternative is for this country with all their millions of people to fall prey to another murderous Islamic regime that would at once be against America and the West in the long term.