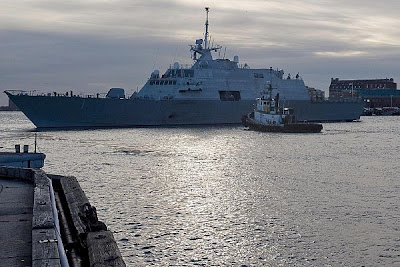 The War Of Terror

Its only been about 3 weeks since the pivotal election in the United States when suddenly from the Indian Ocean came Islamic Terrorists hellbent on murdering thousands of Indians in the financial and entertainment center of India known as Bombay (I know, its Mumbai). That didn't take long did it? I mentioned just on November 4th that the War Of Terror continues even though we elected a President and party that wants to undo the War On Terror. Unfortunately and sadly, I was correct. I was wrong about the election but right about the nature of Islamic Terrorism. Actually, most people know instinctively that the War Of Terror continues but are hoping naively that Islamic Terrorism will simply melt away with the advent of a different President. Don't hold your breath!

Once again, why do we have terrorism and most importantly why is it that most if not all terrorists are Moslem? My friends (may I use that phrase?) international terrorism is a STATE SPONSORED ENTERPRISE. And it is primarily used for POLITICAL effect. It was initially practiced and perfected by the Soviet Union to instill terror and effect political outcomes with their nation state neighbors because their "mighty military" was INCAPABLE of effecting outcomes favorable to Moscow. Since 1947, Israel has militarily defeated ALL OF ITS ENEMIES by conventional military means much to the disgust and angst of Al-Arabia. Time and time again the Moslems lead by Egypt, Syria, and Saudi Arabia attacked tiny little Israel and were met with death, destruction and humiliation. Israel showed the world that Islam is a military paper-tiger. It didn't matter which Moslem country attacked Israel every single one of them was militarily defeated.

Enter the Palestine Liberation Organization. With the lessons learned by the Soviet Russians the Moslems turned to them for succor in healing their military wounds. Marrying political terrorism with the Islamic religion the Moslems now turned communistic political thuggery into Islamic Terrorism as the means to wage war. This wasn't Jihad as history knows it. In the past Islam was able to field huge armies in the conventional sense and invade other lands and countries with little or no opposition. Those weak states that tried to defend themselves were met with an army of religious fanatics who followed Muhammad and met defeat at the hands of these Moslem fanatics. In India especially, we know that Moslems murdered tens of millions of its inhabitants to establish their control over this region. Only in lands where there was an equal or greater conventional military to meet the Moslem head on were they even blunted and even defeated such as when they ran up against the Franks in the West and the Byzantines in the East. Jihad then is not, I repeat, not Jihad today. Don't get me wrong Islamic Terrorism is still led by fanatical Muhammedans and only the most devout Moslem could possibly be such a "soldier" but today's Jihadist is a far cry from yesterday's Saracen.

It simply is impossible for Islam to wage war by CONVENTIONAL means today because every state or culture that it brushes up against has NUCLEAR WEAPONRY as well as a well funded conventional military! Russia, India, Europa, United States and China with Africa as the only exception. Even tiny Israel has a nuclear capability which, of course cannot be confirmed or denied. Al-Arabia has no such indigenous arms industry. They have no nuclear weaponry (I call Pakistan's bluff!) They have no indigenous economic system. They have no indigenous pool of talent to propel them forward as a true "superpower". The only thing they export today is simply commodities in the form of petroleum. That's it! And that wasn't discovered by them but by the British in Persia almost a hundred years ago!! So basically, Al-Arabia are a bunch of morons. Conventionally weak and economically backward they rely on assymetrical means to effect political outcomes. Thus, the Middle East is a basket case waiting to be plucked as the low hanging fruit by any superpower willing to take on the only thing that keeps it "sovereign" in the world today: the warlike and barbaric religion we know as Islam.

Hence, international terrorism today is mainly executed by the Mohammedans. That's all they got left. Yes, they have made money exporting petroleum but how long will that last? How long before America decides to drill its own massive reserves of petroleum in Alaska and off California? How long before petroleum is replaced as the primary source of fuel? The law of diminishing returns is already squeezing Al-Arabia into a very precarious and dangerous geopolitical position which will render this society, culture and people obsolete. This is the main reason Al-Arabia has resorted to "asymmetrical" means of waging war and we must call it for what it is: state sponsored Islamic terrorism.

What will they gain by this act? They believe they will gain time. Time to achieve their last goal before they themselves are swallowed up by the greatest political, military, economic and I might add religious system today: The West. For the Mohammedan the writing is on the wall. Their culture, society and people are not merely the "sick man of Europe" but the sick man of the world. For them their only recourse to remain sovereign in an interdependent world is to establish the Islamic Caliphate once more. Its last home was based in Constantinople or Istanbul, Turkey and since the Caliphate ceased to exist there has been a movement domestically to wage terror against their own people in far away places such as Egypt, Saudi Arabia, Syria, Iraq and so forth to eliminate leaders who don't subscribe to their view. The Moslem Brotherhood in Egypt established in 1928 after the fall of the Caliphate was the template used to establish this precedent. I suspect the Caliphate will indeed rise again through Islamic revolution and terrorism as this is the only way to overthrow their own faithless overlords who don't subscribe to the tenets of Islam. Al Qaida is but one manifestation of this political phenomena.

The entire world has experienced Islamic Terrorism because the Moslem cannot abide or be a servant to the world for any reason politically, economically and of course, religiously. The Middle East is not plugged into the world system like Asia, Europe and America. They sell commodities in the form of oil but this isn't the same as being fully grafted into the world wide system of trade that is now so pervasive since World War II. The only other power today that resembles the Middle East is none other than Russia herself. Hence, the Middle East and Russia are on a collision course. Islam and Orthodox Christianity have been mortal enemies ever since the Mohammedan has entered history and I suspect they will come to one last final blow as they attempt to be masters of their own future WITHOUT the West.