Return of the Reds

Just when you thought it was safe to go into the water up jump the sharks of the Left. The Leftwing adulation of Obama on his whirlwind European Tour shows us the near total depravity that the Left has stooped in order to seize power in the White House. The Leftwing establishment and her orc-like supporters all over the world have been wandering in the desert of American political power at least at the executive level since the Presidential halcyon days of Ronald Reagan and the twin heirs of Reagan - GH and GW Bush. The interregnum of Clinton did somewhat appease them for a while but just two years later Billy-Bob Clinton was pretty much politically castrated with the stunning defeat of the Democrat Party in both the House and Senate in the mid-90's. For nearly 30 long years the Left has been on the defensive, at least as they see it, in American politics but now their time has finally arrived. Happy days are here again!

Hence the gushing coverage of Obama (who could do no wrong) by the media sycophants who keep reminding us they are "not" leftwing and are being "fair" in their coverage. The gross display of imagery by the media with him standing at a podium "like the President" or riding in a helicopter over Baghdad "like the President" is really pretty amazing when he is still a candidate and actually has not gone to the Democrat convention yet to accept his party's nomination! (not to mention we have not voted for him for President) What's worse is world leaders actually engaging in this political charade from Iraq's Al-Maliki to Germany's Angela Merkal to France's Sarkozy. Their willing participation is a plebiscite of sorts from the capitals in Europe and the Middle East that they would prefer a leftwinger like Obama to a true American hero like McCain who has served in the military and politics all his life in the service of HIS COUNTRY and not necessarily for some abstract concept as "citizen of the world".

Ironically, as Obama's star is rising in the media and in the world of leftwing socialists the more liberal leaders that he could have joined forces with are no longer around: Germany, Italy, France, Canada and soon in Britain have seen and will see leadership changes that will be markedly more "conservative" than anything Obama can stomach. Granted, Europe is still vastly and always will be more socialistic than America and this may explain why these nominally conservative leaders would encourage Obama because Barack would make America more like "them" rather than more like "us". Even so, if Gordon Brown looks like the worse Prime Minister since Neville Chamberlain and we see him booted from office then Obama really won't have any "friends" to speak of as polical alliances in Europe will keep any relationship on the Continent from coalescing around such a loser like Obama. I mean loser in the sense that if he should wind up being President come November that he would rather lose the War On Terror (GW's War) rather than win and thus we see mass global retreat from Mesopotamia to the Hindu Kush at the behest of an "enlightened" ruler like Obama.

Obama and the American Left may retreat in the world but they most certainly will advance in America with all the leftwing agendas fully operational: Gay marriage, nationalized healthcare, open borders, illegal-alien amnesty, stacking the Supreme Court, fairness doctrine, gun control, environmentalism, mutliculturalism, political correctness in every facet of American life and on and on and on. They have been thwarted for nearly 30 years now with their socialist agenda but now the stars look like they have aligned in their proper coordinates and the Age of Aquarius is upon us.

Republicans could have and should have done more to unshackle the American people from the bondage of socialism but alas the end is near. All we have left to stop this juggernaut of leftwing good and evil is the man John McCain. And he is "the man" considering what he went through in the Hanoi Hilton as an American P.O.W. For better or for worse this is all we got. Pray for him because he will need all the support he can muster plus some. The armies of Mordor are marching. To whom do we fight for? To whom do we owe our fealty? Who shall defend Gondor? 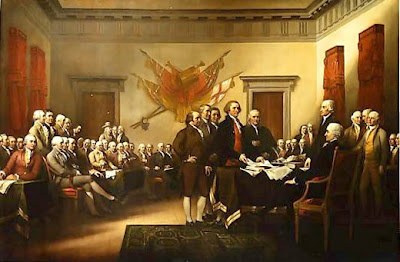 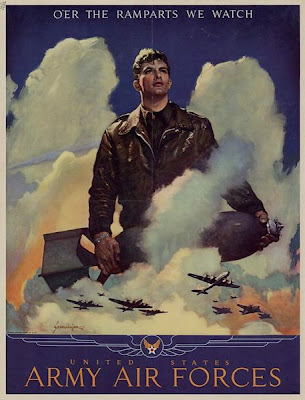 After some moron changed the words to the Star Spangled Banner at the opening of a "State of the City" address by the mayor of Denver in Colorado last week, I thought we should actually see the words that Francis Scott Key wrote when the British tried to squash our freedom a second time around in the War of 1812:

O! say can you see by the dawn's early light What so proudly we hailed at the twilight's last gleaming. Whose broad stripes and bright stars through the perilous fight,O'er the ramparts we watched were so gallantly streaming. And the rockets' red glare, the bombs bursting in air,Gave proof through the night that our flag was still there. Oh, say does that star-spangled banner yet wave O'er the land of the free and the home of the brave?

On the shore, dimly seen through the mists of the deep,Where the foe's haughty host in dread silence reposes,What is that which the breeze, o'er the towering steep, As it fitfully blows, half conceals, half discloses? Now it catches the gleam of the morning's first beam, In full glory reflected now shines in the stream:'Tis the star-spangled banner! Oh long may it wave O'er the land of the free and the home of the brave!

And where is that band who so vauntingly swore That the havoc of war and the battle's confusion, A home and a country should leave us no more! Their blood has washed out their foul footsteps' pollution. No refuge could save the hireling and slave From the terror of flight, or the gloom of the grave: And the star-spangled banner in triumph doth wave O'er the land of the free and the home of the brave!

O! thus be it ever, when freemen shall stand Between their loved home and the war's desolation!Blest with victory and peace, may the heav'n rescued land Praise the Power that hath made and preserved us a nation.Then conquer we must, when our cause it is just, And this be our motto: 'In God is our trust.' And the star-spangled banner in triumph shall wave O'er the land of the free and the home of the brave!